Although journalists and researchers try to push deeper into those statistics, their targets are limited in depth. In Chicago, for instance, wards are generally the smallest targets of interest. As we'll see, units this large invariably miss much of interest.

Fortunately, technology is now turning the tide. Fifty years ago, computers were room-filling behemoths; now they're wallet-sized. Software used to cost thousands of dollars; now there's an endless supply of even free software. Before, only experts knew how to operate computers; now even school children can compile and digest reams of data.

More and more, technology is coming into the hands of average citizens—and into supporting their role as citizens.

One of the most empowering tools in recent years is a software package from the Geospatial Software Lab at Idaho State University. MapWindow is a geographic information system (GIS)--a program for creating maps. Commercial GIS packages cost many thousands of dollars, but MapWindow is available free of charge. 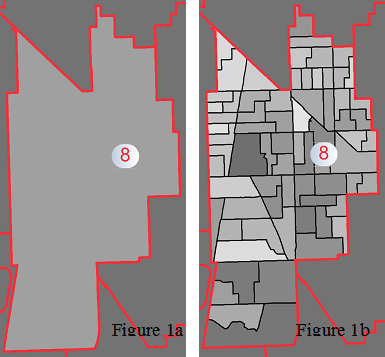 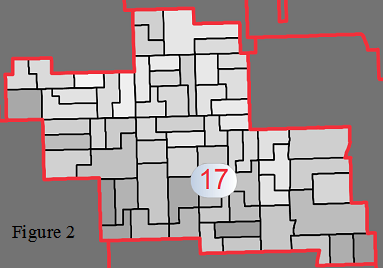 MapWindow offers a new way to boost the transparency of elections. It allows even low-budget civic groups to create detailed maps of an election.

How do detailed maps help?

Consider the first two maps at the left (Figures 1a and 1b). Both show voter turnout in the 8th Ward during Chicago's 2011 municipal election. Darker colors represent higher turnout.

The second map is far more informative. It shows that one precinct had a much higher turnout than the others, and that several had very low turnout. What accounts for these differences?

The differences become even more curious when we compare this ward to the nearby 17th Ward (Figure 2). The turnout there was nearly homogeneous.

Observations like these may well have a reasonable explanation.

But others are definitely troubling—for instance, problems with precinct report envelopes.

The election judges in each precinct are to use a special envelope to return the precinct's reports, including the precinct's computerized vote-tally tape.

The map below (Figure 3) shows which precincts in the above wards failed to meet envelope security requirements.

The map clearly identifies the type and number of breaches. But as a map, it reveals even more: The breaches occur in clusters. In addition, there are clusters of specific types of breaches: 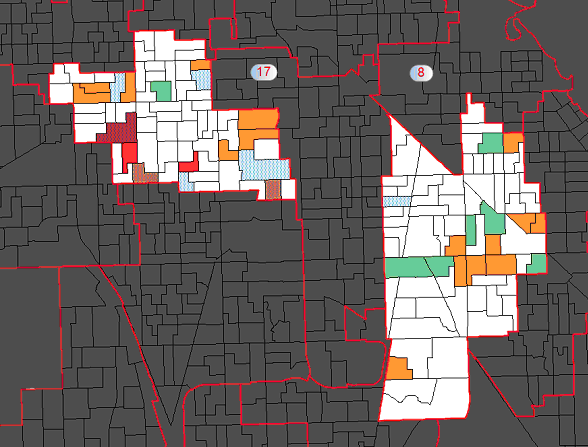 Are these clusterings random? Or do the precincts have something in common?

Whatever the answer, patterns like these will likely never be noticed or addressed apart from maps like the above.

Here are some other areas of study in which maps can help detect patterns: Of course, maps are valuable in non-forensic studies as well. For instance, A taste of how studies like the above can be pursued is offered at MapElection.org. As an exercise, visitors there are invited to explore maps from Rahm Emanuel's election as mayor of Chicago.


MapElection.org is a tool for community activists, journalists, researchers, public officials, political strategists, and for everyone concerned about the need for transparent elections.

We invite you to visit. You'll discover patterns and anomalies on your own after just a few minutes!